Re-stating the Case for Solvency 2


In the midst of following press-reports about the tri-logue discussions about Solvency 2 and given the passing of time, I had almost forgotten what it is all about.

I am starting to give some thought to a training course that I will be delivering in March 2014 for Euromoney (here).  As a result, I have been dusting off documents like the Sharma report from 2002 (here).

This provided a useful reminder of what it is all about:

The underlying differences that challenge an agreement on Solvency 2 between the Commission, Council and Parliament: the extent of different supervisory objectives and approaches that exist(ed) are quite significant. 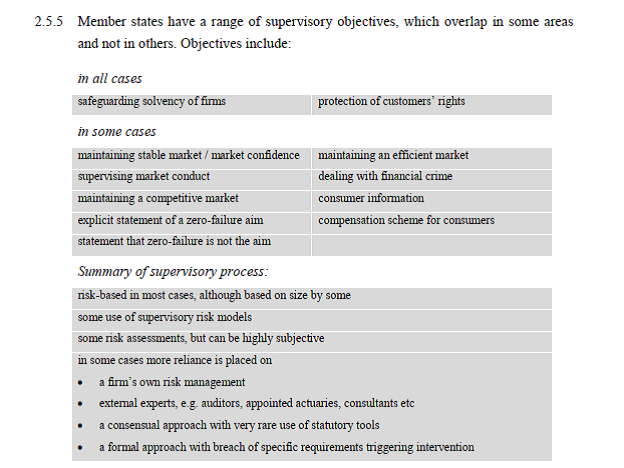 2.  The important role of risk management and senior management

In the words of the report ...

"Although a well-managed firm can still fail, poor management makes a firm vulnerable and we believe that in practice it is the primary root cause of most problems in insurance firms.  We found that poor management can take one or more of the following forms:

(i) management are competent but have an excessive risk appetite or a lack of integrity or independence; or
(ii) they operate outside their field or level of competence;
(iii) they fail to put in place adequate decision-making processes or adequate internal controls."

So perhaps there will be an agreement in the trilogue.  Then there will be a lot of detail - delegated acts, implementing technical standards - to discuss and assimilate.  However, I hope these messages about the case of Solvency 2 do not get lost ...

Note:
(*)  I am assuming that there haven’t been drastic changes across the EU in terms of supervisory objectives in the run-up to Solvency 2 and notwithstanding EIOPA’s work to bring about supervisory convergence, which will continue past any agreements at the trilogue.